Sc.china.com (Chen Min) After the Regional Comprehensive Economic Partnership (RCEP) took effect, 39% of the ROK's exports to China and 50% of the China exports to the ROK have been subject to zero tariffs.

Under the framework of the RCEP, which is the world's largest free trade agreement (FTA) at present, 90% of products traded in the region are expected to enjoy zero tariffs in about a decade.

Data from Chengdu Customs shows that members of RCEP are important trading partners of Sichuan as Sichuan's foreign trade volume with them accounts for about one-third of the province's total. Among them, ASEAN countries are the main export market of the province, while ASEAN countries, Japan and the ROK are its main import sources.

Yuan Mei, a Chinese poet of the Qing Dynasty, wrote in his poem Spring Breeze, "Like an honored guest, the spring breeze brings us prosperity when it arrives." How can Sichuan avail itself of the RCEP to promote regional economic and social development and opening-up to a higher level? Sc.china.com will roll out a series of interviews with the consuls general of RCEP member states in Chengdu on what new opportunities will the RCEP bring to Sichuan.

One of the interviews: with Lee KwangHo, Consul General of the Republic of Korea in Chengdu 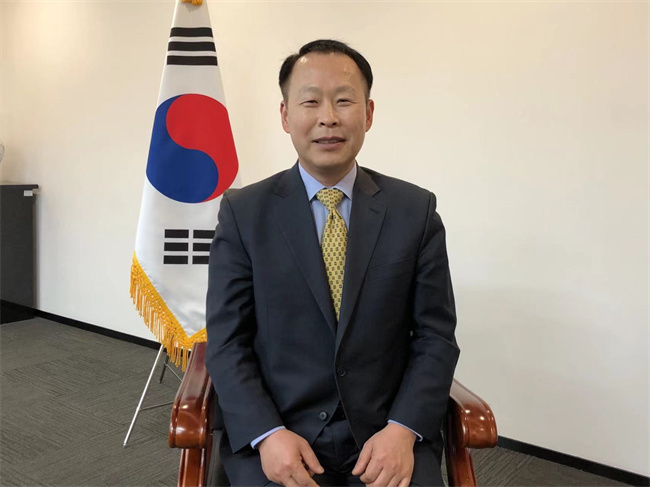 (Lee KwangHo, Consul General of the ROK in Chengdu)

Sc.china.com: On February 1, 2022, the RCEP officially entered into force for the ROK. What new policies and measures will the ROK implement to advance the FTA? What are the key fields?

Mr. Lee KwangHo: After eight years of negotiations, the RCEP was finally signed in November 2020 and officially entered into force for the ROK on February 1, 2022.

As the RCEP took effect, the ROK's international trade will expand to 85% of the world. Looking ahead, the ROK will slash trade barriers against ASEAN, China, Japan and other major markets of its leading exports such as automobile and steel and open movies, music, games, animation, financial transactions and other fields wider, which will help South Korean companies enter overseas markets. In addition, the ROK will introduce a unified system of rules of origins, expand the cumulative scope of origins, and diversify methods of certifying origins.

Prior to this, the ROK Ministry of Trade, Industry and Energy and other South Korean authorities made necessary legal amendments and system improvements, established a database with easy access to information on tariff rates and origins, and built new service centers, with a view to making good use of the RCEP. Moreover, the ROK also held symposiums for domestic and foreign companies to get up to speed on their difficulties and problems and discuss how to support them, produced and distributed a lot of promotional materials, and provided enterprises with RCEP training.

Sc.china.com: What impacts and changes do you think the RCEP will bring to the two countries as it officially entered into force?

Mr. Lee KwangHo: In terms of either total trade, GDP or population, the RCEP is the largest FTA in the world which was signed amid rising trade protectionism. As it went into effect, the South Korean and Chinese economies are expected to be highly integrated through trade liberalization.

As far as I'm concerned, the two countries can maximize their respective strengths in the production network, support global free trade, oppose all forms of trade protectionism in the region, establish channels for mutual cooperation and strengthen the economic cooperation system. At the same time, we can also restructure industrial, supply and value chains in the region, and expand stable and free exchanges between us. For example, we can cooperate to tap into markets like Southeast Asia and Europe as the ROK enjoys leading technologies and China boasts abundant resources and capital.

Thanks to the tariff concessions and eliminated non-tariff barriers under the RCEP, the ROK and China will see more synergized trade cooperation and expand cooperation in finance, education and other fields. For South Korean and Chinese enterprises, the RCEP can reduce production costs, enhance export competitiveness, facilitate the trade creation effect, expand mutual technical support, promote economic integration in East Asia including the ROK and China, and bring more benefits to people of both countries.

Sc.china.com: The ROK and Sichuan have maintained stable and sustainable economic and trade cooperation for a long time. According to the statistics of Chengdu Customs, in 2021, the exports between Sichuan and the ROK reached 14,926.83 million yuan, an increase of 44.7% year on year; the imports between Sichuan and the ROK recorded 33,375.44 million yuan, up 6.1% year on year. What new opportunities do you see for Sichuan enterprises in the ROK after the RCEP took effect?

Mr. Lee KwangHo: Focusing on high-tech industries and future emerging industries, the ROK and Sichuan have maintained dynamic economic and trade cooperation, which can be seen from the foreign trade figures and the close cooperation relations. As the RCEP came into force, the two sides will expect more thriving foreign trade and more fields for economic and trade cooperation to strengthen the interconnected global value chain.

When the RCEP took effect, Sichuan enterprises can expand cooperation with South Korean enterprises, continuously and stably import products from South Korean high-tech and emerging industries, and introduce South Korean excellent business models, which can sharpen their competitive edge in the world. Sichuan enjoys great advantages in traditional Chinese medicine, Chinese Baijiu, agricultural product processing, food and other fields. We can promote the export of those high-quality products from Sichuan to the ROK under the RCEP.

Sc.china.com: What do you think of the prospects of cooperation between the ROK and Sichuan after the RCEP took effect?

Mr. Lee KwangHo: The RCEP will increase the use of value chains by countries in the region and strengthen the ties among them and with other countries in the ASEAN and more regions. In this process, the ROK will continue to enhance engagements with China, a key partner in the value chain, and expects Sichuan to play a greater role in this regard.

As a major province in China in terms of resources, population and economy, Sichuan enjoys the huge potential for development, especially in electronic information, equipment manufacturing, finance, and other high-tech and service industries where it has a competitive edge. We look forward to expanding cooperation with Sichuan in these fields and taking this opportunity to enhance mutual cooperation and exchanges in culture, tourism, and sports.

Sc.china.com: Many Sichuan enterprises choose to branch out in the ROK. Do you have any suggestions for their development?

Mr. Lee KwangHo: China and the ROK enjoy a solid foundation for trade engagements. Sichuan enterprises which set up businesses in the ROK can consider taping into Southeast Asian or European markets together with South Korean enterprises to produce and develop in-demand products.

Sc.china.com: What will the Consulate General of the ROK in Chengdu do next to better implement the RCEP?

Mr. Lee KwangHo: There are more than 650 South Korean enterprises in Sichuan and Chongqing. We will hold a number of RCEP-themed discussions, symposiums and seminars to help them make good use of the RCEP. We hope that Sichuan's commerce and trade promotion departments can join us in this effort to help both South Korean and Sichuan enterprises seize the development opportunities brought by the RCEP. 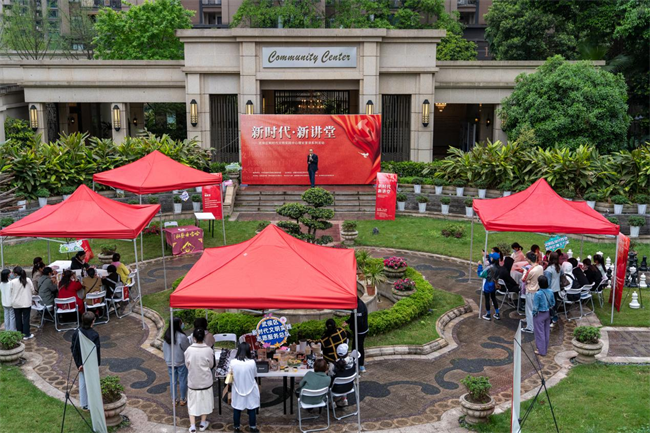